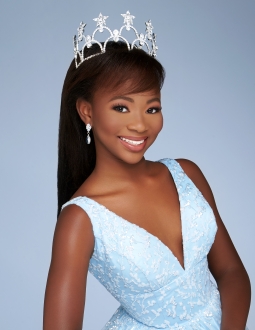 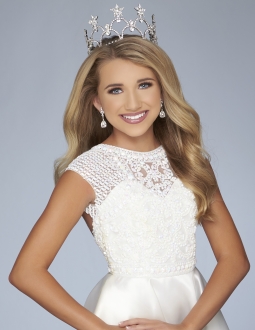 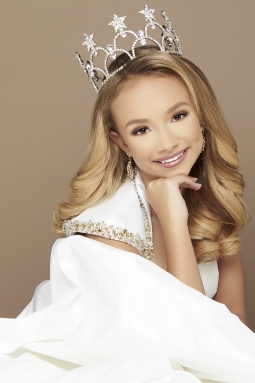 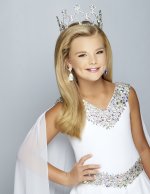 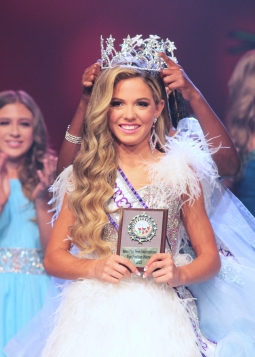 Jillian is a little girl with a big heart! Because of her love for people, when she learned about Refugees who fled to our country with nothing, she was determined to make a difference. Jillian was able to raise fifteen hundred dollars and multiple donations. With her efforts and the support of the community, she was able to furnish three refugee apartments! Because of her love and dedication Jillian was recognized for her outstanding achievements by Global Awards as “Outstanding Refugee Advocate.”

Jillian’s goal as Miss Preteen International is to inspire people to help make a difference. In Jillian’s own words , “If a twelve year old girl can furnish three refugee apartments imagine what we can all do if we work together.”

Jillian spends most of her free time at Dance where she was chosen to be on a competitive dance team. Jill has won numerous awards in dance. This year because of the hard work and spirit of the teachers and students, her studio received the national award of Studio of the Year!

Jillian is a member of The Church of Jesus Christ of Latter Day Saints. She participates in her church youth group, is a gymnast, and a cheerleader. Last year Jillian had the privilege of walking for designer Marc Defang at New York Fashion week! With her free time Jillian loves hanging out with friends, playing with her dog Delilah, making jewelry, and babysitting.

Jillian is the youngest of six children. She has four brothers , a sister , three sister in laws and she is even an aunt to a niece and a nephew. Together with her parents they are #teamtowle. 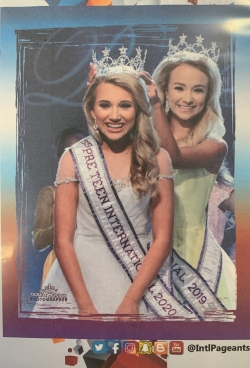 Paying For Contestant Fees?
To pay your contestent fees - or to sponsor a contestant

Don't miss out on news from the International Pageants!